How To Be Healed- Your Road to Inner Healing

What I hear the Holy Spirit saying to this generation is to, “Embrace the PROCESS!”. The process involves you allowing the Lord to transform you and train you spiritually for your divine purpose. The Lord wants to further cleanse, purify, and heal you, in order to equip you for your Kingdom assignment. One of the most illuminating story of someone who allowed God to process them is the story of Esther. The story of Esther begins with the Queen of King Ahasuerus, also known as Vashti, snubbing the king's request to meet with her. Naturally, being a rather unstable fellow, Ahasuerus divorces her, because of her disobedience. When Ahasuerus set out to find a new queen, he sent his officials to pick only the most beautiful virgins in the land. Many young virgins were selected to prepare for the role of queen, and Esther was one of them.

Being Processed to Be a Queen

Before Esther could become queen, however, she underwent a comprehensive cleansing, purifying, and healing process. You see, she had to be trained and "processed" to be queen, before she could receive the title of queen. But Esther’s process was not the same as the other virgins in the harem. The word of God says that many young women were brought to the citadel of Susa, but Esther was the only one who was directly placed under the care of Hegai. In fact, Esther was entrusted to Hegai, who had charge of the harem. It goes on to say that Esther pleased Hegai and won his favor. Immediately he provided her with her beauty treatments and special food. He also assigned to her seven female attendants selected from the king’s palace and moved her and her attendants into the best place in the harem.

That’s right y’all!!! Esther had the hook up! While the other women were all trained to be regal and received treatments that were customary at the time, Esther was trained first hand by the highest ranking official in the harem. Now that’s favor! Because of God’s favor and because Esther allowed God to process her, she went on to be one of the most influential and powerful women in history.

Like Esther, David was a royal of great success, influence and purpose. I love the book of Psalms because David wrote it with a distinct fervency. This particular book also gives a snapshot into how David felt emotionally during his process. Even David, before he was declared to be king, had to be processed. During his "process", David suffered from fear, worry, and betrayal. But what I love about David is during his process he never gave up, instead he cried out to Jesus for help. In fact, David even at times gave God glory during his process. David wrote,

I will extol You, O Lord, for You have lifted me up, And have not let my foes rejoice over me. O Lord my God, I cried out to You, And You healed me.

O Lord, You brought my soul up from the grave; You have kept me alive, that I should not go down to the pit.

Sing praise to the Lord, you saints of His, And give thanks at the remembrance of His holy name.

For His anger is but for a moment, His favor is for life; Weeping may endure for a night, But joy comes in the morning.

Now in my prosperity I said, “I shall never be moved.” Lord, by Your favor You have made my mountain stand strong; You hid Your face, and I was troubled.

I cried out to You, O Lord; And to the Lord I made supplication: “What profit is there in my blood, When I go down to the pit?

Will the dust praise You? Will it declare Your truth? Hear, O Lord, and have mercy on me; Lord, be my helper!”

You have turned for me my mourning into dancing; You have put off my sackcloth and clothed me with gladness, To the end that my glory may sing praise to You and not be silent. O Lord my God, I will give thanks to You forever.

This psalm represents, the blessedness of answered prayer. Verse 2 states, O Lord my God, I cried out to you, and you have healed me. "Heal" here is used metaphorically for the removal of his mental sufferings (see Psalm 41:4; Psalm 147:3). As you can see from the text, David was not afraid to cry out to the Lord for help and inner healing. Indeed, David was quite vulnerable and thankful in times of conflict and pain. And that, beloved, is what God wants all of us to do. God wants to heal us, and give us strength and joy, so we will be equipped to be successful, enthusiastically efficacious, joyful, and mighty in our divine purpose.

The Inner-workings of Your Process

Like Esther and David we all have to be processed prior to walking in our divine purpose. Yet, what is most important about your process is the inner-workings of the process and what constitutes your “process”. In other words, your inner healing process will be distinct and multi-layered. God wants you to remember every step of your healing process for you will go forth to help other people who are and who have gone through similar circumstances. Your process will have great depth and great power, and will be the blueprint whereby many people will be saved, healed, and find confidence in Christ.

Ultimately in order for you to find true joy, happiness, and walk in purpose, you have to go through an inner healing process. There is no way around it, so Embrace your Process!

Start to Embrace Your Process!- Your First Assignment

So this week your assignment is to start a journal. The beginning of your journal will be a personal letter to Jesus. This part of the journaling process will be to write Jesus a letter regarding any unresolved issues from your past. This step is extremely important and foundational, because there are some areas in your life that God wants to see completely eradicated and/or healed. Before you write each day God wants you to pray for strength, guidance, a spirit of mercy, wisdom, and total healing. After you pray, God wants you to write freely about your emotions.

Ultimately, it is one of Gods heart’s desire for you to feel comfortable being transparent, vulnerable, and intimate with Him so true and comprehensive inner healing can take place. 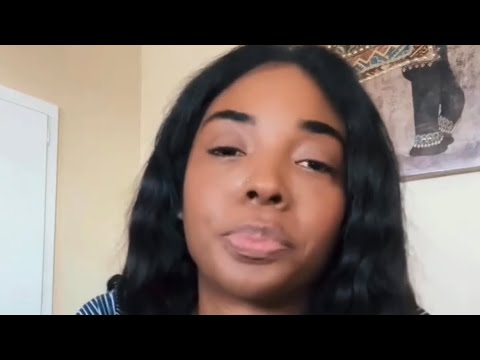